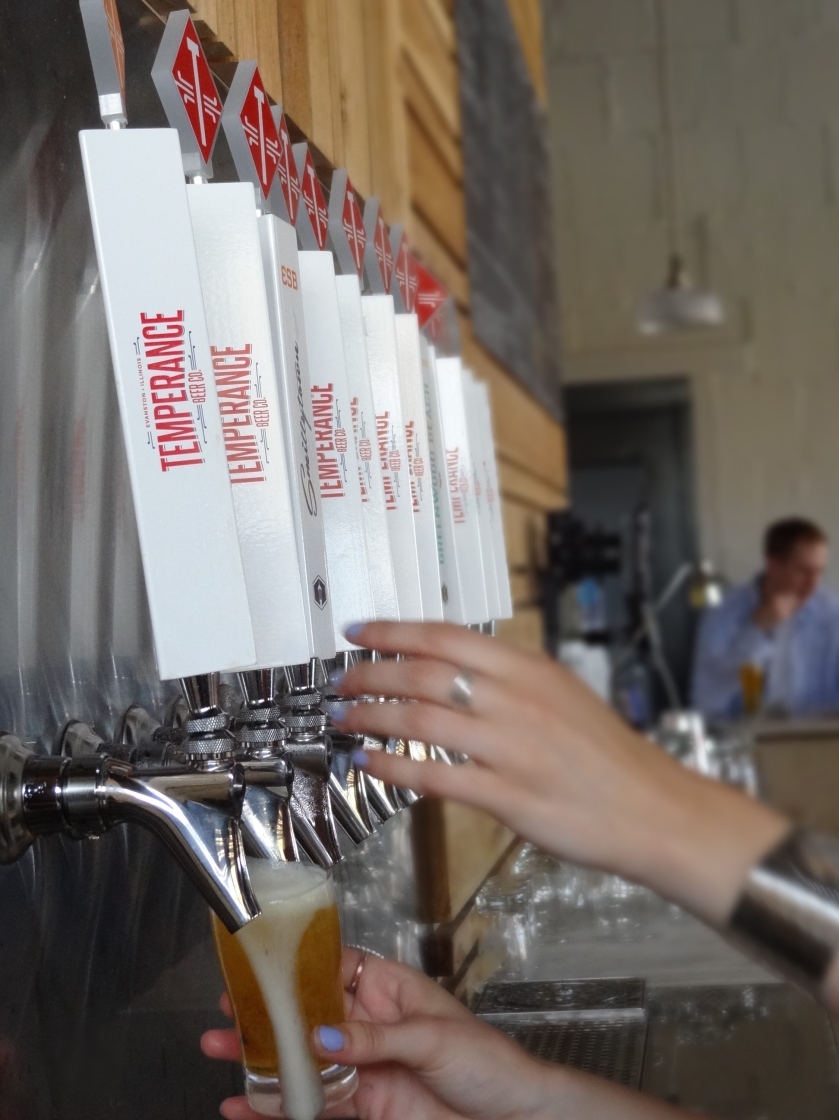 I’ll never pretend to know much about a beer beyond its pretty label, but after a visit to this place I just might change my mind. Temperance Beer Company is a taproom and brewery housed in a former warehouse space in Evanston. Although it opened over the winter, I was thrilled to be checking it out the first couple of times during some of the nicest summer days in Chicago.

It’s like the anti-dark, sticky pub. The taproom is large, sunny and low-key with loads of blonde wood, and a facade that opens up to a beer garden with long communal tables. And while it’s definitely a place to discover and enjoy craft beer, another way I can describe it: a blank slate for whatever your day or night holds. Over the course of a week, Temperance was the meeting place for Tim and his good buddies to catch up. It was the beginning of a date night for Tim and me. And recently, it was where we took the kids and a couple of trays of take-away sushi for an early Sunday dinner. (There are some snack foods, but it’s actually BYOF, so you can order-in or carry-in.) Our kids found some other kids to play with, and we didn’t really see them other than to hear their giggles from around the corner. Or to watch them as they played on the shuffleboard.

Oh. And the beer is delicious. But as I’m admittedly no expert, you should check it out for yourself.

All content © Aileen Cruz | leeniespace, unless noted. All rights reserved.