I’m coming off a day where so many things need attention: the house, the laundry, the mail. So what do I do? Blow all that off and get sucked into a bad movie. Some people would call this kind of bad movie, A Guilty Pleasure. A movie you might not own up to having seen. But I’m not picky. And when I say bad I really mean something that’s usually too dated, too scary, too sappy, too stupid, too sweet. The kind of film that if you happen to catch two minutes, there is simply no way out. Unless you watch the whole damn thing. I can pretty much make a case for watching almost anything. Especially if that means I won’t be doing something I should be doing. Here’s my list of the two hours you’ll never get back:

1. Stepmom: Yes. Completely over-the-top cheesy sentimentality in the worst way. And so good. Julia Roberts is lovely in every frame as is Susan Sarandon in all her spite and fury. But really worth watching for young Jenna Malone.

2. Panic Room: Kristen Stewart is intriguing. Boyishly charming in her role as Sarah. That alone kept me watching. Stewart and Jodie Foster are a great team. Gripping until the end.

3. I am Legend: It’s creepy. Super creepy. But once you get a glimpse of this post-apocalyptic world you cannot turn it off. What really kept me going was that I had to see what would happen to the damn dog. Now you have to see it too. So there.

4. Armageddon: From the minute Liv Tyler starts throwing around Japanese, I am hooked. I am also a sap because, pathetically, this film always makes me cry. That’s right people, I’ve watched it a whole bunch of times. 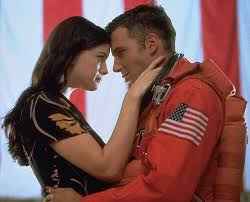 5. Love Actually: Did I mention I am a girl? 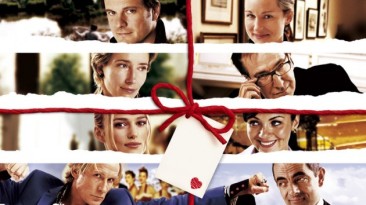 6. 28 Days Later: I grew up reading a lot of Stephen King and loving it. I would remember being so terrified once I finished a book I would be too scared to turn off the light. This movie brings me back to those days. Really good, horrifying fun, no matter the time of day. And then there’s Cillian Murphy. A bonus. 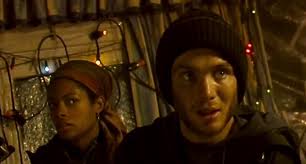 7. Ted: You would think how can a movie with Mark Wahlberg and a teddy bear best friend be anything but trash. Thanks to Wahlberg, Seth MacFarlane and Mila Kunis, this movie is ridiculously good trashy fun. Completely worth the lost afternoon.

8. From Dusk Till Dawn: I have probably watched this movie a hundred times. The combination of George Clooney, Harvey Keitel and Juliette Lewis and all those creepy vamps gets me. I just love a good ass-kicking.

9. Clueless: Oh my goodness, Alicia Silverstone at her finest. In fact, this might be her only movie. I’m not sure I’ve read or seen anything about her since this film. Appeals to my inner nine-year-old.

10. Fast Times at Ridgemont High: Sean Penn, Phoebe Cates, Jennifer Jason Leigh, Judge Reinhold, Nicolas Cage, Forest Whitaker. A veritable who’s who of future oscar winners. This film reminds me of a youth spent hanging out at the mall. Only mine was a much less racier version.

Also, Before Sunrise, Before Sunset or Before Midnight: Ethan Hawke and Julie Delpy pull you into their intense companionship films. European setting. Beautiful people. Rapid dialogue. A trifecta of afternoon delight. 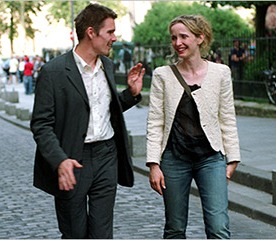 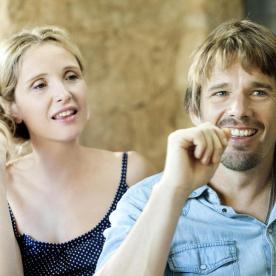 And finally, the most obvious films I save for last only because they are so obvious. Of course they are anything by John Hughes. Because. It’s John Hughes.

Happy waste of an afternoon!