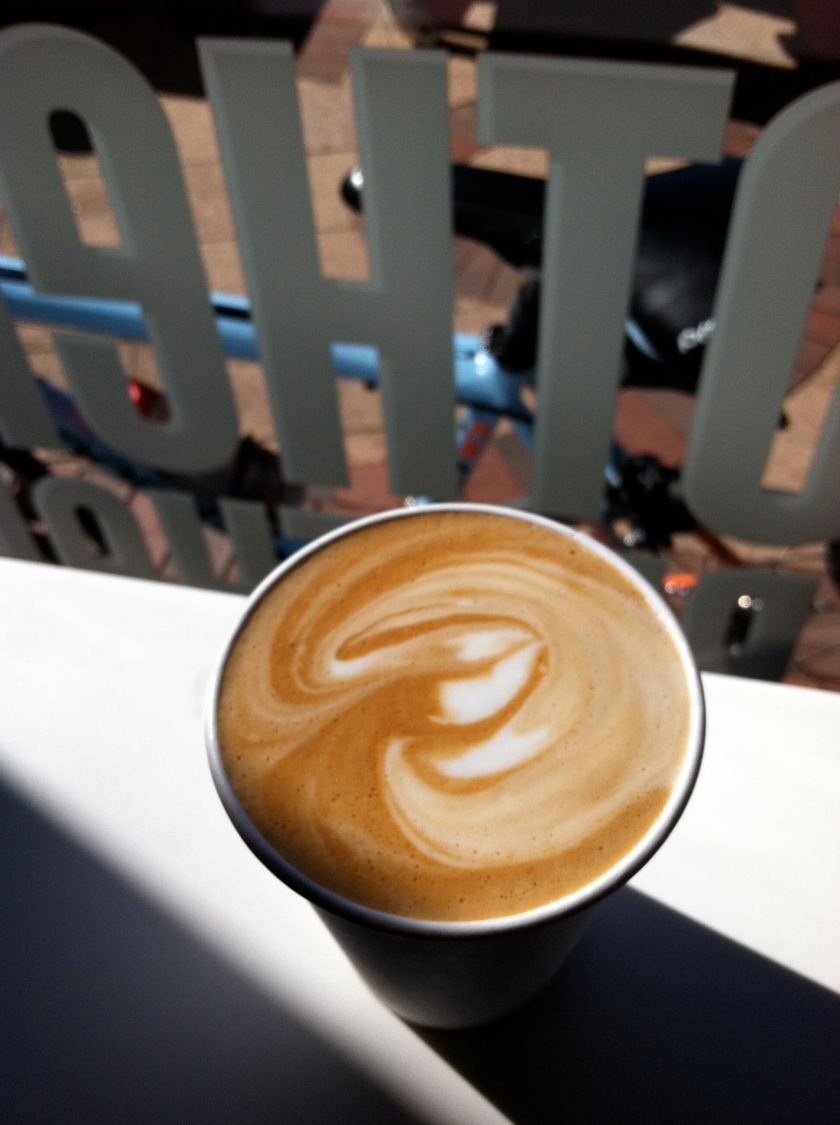 If I need a change of pace from my bedroom or the kitchen table when I’m writing, I like to head to a coffee shop. And let me tell you, I’ve been spending a lot of time in coffee shops this long winter. Sometimes, I’ll steal an hour in one after I drop the kids off at school. Or I’ll try to meet up with a friend. Lately, even at night, a coffeehouse seems like a better choice than the usual spots to go for a drink. Maybe it’s the buzz of conversation, the comforting smells, or the food (made by other people I might add). But aside from going on a run, spending time in a coffee shop is probably one of the nicest and cheapest forms of therapy in my book.

As a kid, it was a non-chic but happy diner. And in the hippy-progressive town where I went to college, I would meet up with my brother at Espresso Royale. We called it Depresso Royale, and other than the two-dollar lattes (most of my weekly budget) there wasn’t anything depressing about it. When I first came to the city, I spent afternoons at the corner Starbucks. I took the paper and used my meager paycheck for tall decaf nonfat cappuccinos. I liked the way it sounded. And as a sleepy and disheveled new mom, it’s where I’d go and just sit with a cup. And do nothing. Every place, a reflection of my current stage.

When not trying to re-create the warm brew and careful song selection at home…these are the places I will always go.

If there’s a place you always go, I’d love to hear about it.

Leeniespace is a personal blog about family and city life, beauty and motherhood, culture and creativity.

I'm Aileen, a Chicago-based writer and photographer. This is my journal of life's happenings in words and photos.

All content © Aileen Cruz | leeniespace, unless noted. All rights reserved.